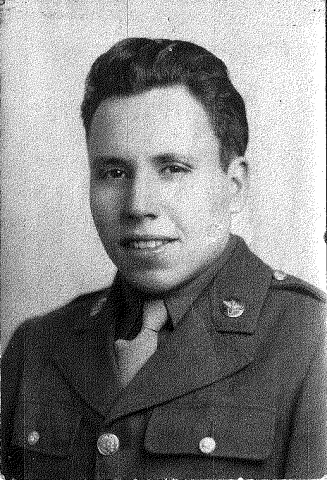 Roger Cisneros is a former state senator and one of Colorado's most dedicated civil rights advocates.

He was born Jan. 22, 1924, in Questa, New Mexico, to Donaciano Cisneros and Todosia Martinez.

He graduated from high school and joined the Army Air Corps in March 1943. He completed basic training at Sheppard Field in Wichita Falls, Texas. He was selected to go to Chanute Field in Illinois for cryptographer training and was assigned to the 33rd Bomb Group.

After the war, he got a job as a typist at Montgomery Ward in Denver, Colorado, making 60 cents an hour.

He met Adelia Dee Trujillo, and they married on March 19, 1949. They later had three children: Milton, Denise and Andrea.

With the help of the GI Bill, he graduated from the University of Denver with a business degree in 1950. In 1957, he obtained a law degree from Westminster Law School and opened a practice that lasted for 57 years. He is a founder of the Mexican American Legal Defense and Educational Fund, and the Latin American Research and Service Agency. He also served with the United Latin American Organization, the Marlee Garfield Improvement Association and many other groups.

Cisneros was elected to the Colorado Senate as a Democrat in 1964, one of only two Latinos in the 100-member legislature. In 1978, he was appointed as a judge of the State of Colorado District Court.

Cisneros acknowledges his commitment to justice for the Latino community.

"Of course, almost everything that occurs affects everybody," Cisneros wrote in his autobiography. "However, there are causes that affect Latinos more. Education, workers compensation, and health are among the issues listed."