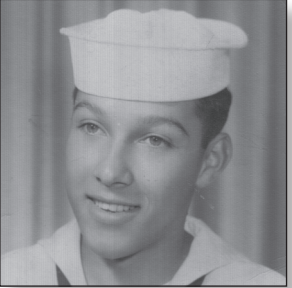 In 1966, Richard Soto of Tracy, California, should have rotated off with his surgical team from a hospital ship off the coast of Vietnam. Instead, he stayed on, going AWOL, feeling an obligation to incoming casualties.“I told the doctor that I was working with, ‘I’m not going home.’ He says, ‘Well ... when they come to investigate, I’ll tell them you were here,’” Soto said. “I think he knew there was going to be a court-martial.” But Soto was not court-martialed; he was honorably discharged in 1968.

He was a twin born Aug. 19, 1944, to a farm labor contractor and a homemaker. Soto's father died in a car crash when Soto was 3 years old, leaving his mother to raise five children alone. When his mother remarried later, he didn't get along with his new stepfather and left the family home at 14. He enlisted in the Navy after high school.

After his military service, Soto attended Delta College in Stockton and began learning about the Chicano movement. He participated in several Mexican American civil rights organizations and events, including the Movimiento Estudiantil Chicano de Aztlan (MEChA), the Chicano Moratorium in 1970, and the Raza Unida Party. He earned degrees from Delta and from California State, Sacramento; he also received a teaching credential and a master's in counseling from Cal State, San Francisco.

Soto worked as a counselor at Tracy Unified School District from 1976 to 2011. Since 2011, he has been an adult school counselor. In 2016, he opened the Chicano Research Center in Stockton, offering an extensive library of Raza books, videos, ballads, and other artifacts to students and anyone interested in Chicano history. Soto was married and divorced twice and has three children from those marriages: Scott Michael, Miguel E. and Enriqueta F. Soto.