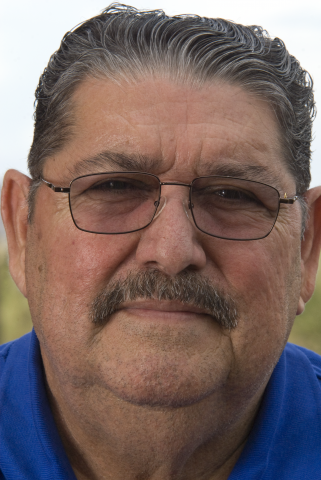 Gunshots peppered the ground around Cpl. Juan De La Garza. The mud of the rice paddies filled his boots. He did not know where the shots were coming from, just that he had to get his men back to Hill 327, a base camp near Da Nang, Vietnam.

U.S. machine guns would protect the squad once they were close enough to the communication towers on the hill. His radioman became hysterical, but De La Garza could not afford to lose his cool. He had to get his men back safely.

He had enlisted right out of high school and spent about a year in the U.S. before arriving in Vietnam. The Marine Corps had first stationed De La Garza at Red Beach Base Camp, in northern Vietnam, where he worked staffing the supply chain. He then became a squad leader, running reconnaissance patrols from Hill 327.

That’s how he found himself fighting for his life, knee deep in mud with gunshots spraying around his team. He managed to lead his men back to Hill 327 and end the operation without any losses, but the experience scarred him.

Nothing had prepared him for that kind of combat, against an enemy he could not see.

Juan Espinosa De La Garza was born June 20, 1946, in Phoenix, Arizona. He had nine half-brothers and half-sisters, all of whom were born in Tucson. His family worked in the fields. Growing up, De La Garza worked in the fields too, even when he started at Phoenix Union High School. De La Garza had to pay for his own clothes and school expenses on the meager $3 he earned for a day's work, and leave some to help his family.

During his senior year, he got a better job at the Royal Crown Cola Co., as night supervisor. He no longer had to stoop in the fields picking fruit and cotton for low pay. He could afford nicer clothes, and his future looked brighter.

As his senior year ended, military recruiters came to the school to talk about the possibility of enlisting. De La Garza debated the possibilities before deciding on the U.S. Marine Corps.

De La Garza enlisted June 29, 1965, just as U.S. involvement in Vietnam was intensifying. He did basic training at the Marine Corps Recruit Depot in San Diego, and then was sent to Camp Lejeune in North Carolina for training in repairing vehicle bodies and fenders.

About a year later, De La Garza was on a military flight headed for the U.S. Air Base in Da Nang. As the plane approached the landing strip, it came under fire. De La Garza said the pilot warned the Marines to be ready to unload quickly.

He certainly experienced death around him during his time running operations from Hill 327. But he said it didn’t affect him until he was assigned to be duty driver to a colonel from Washington, D.C., who toured the hospitals throughout the area.

“You could smell death. You could smell it. It was in the air. It’s like smelling cheap perfume, you know. You can smell it from off in the distance. I threw up, and I thought my guts were going to come up, my everything. It was so bad. It was terrible,” he said.

But after a few months in combat, he got used to the smell. "My mind didn't give a damn. ... It was just another day in Death City."

He recalled the day an officer told him he had about an hour to get his things together and turn in his weapons; he was going home. The return flight was just as harrowing as his arrival. The Viet Cong were attacking the airfield, and he worried that the plane would get hit. But the pilot got the plane into the air.

When it was beyond the reach of enemy fire, the flight attendants opened bottles of champagne. "It was a happy day," he said.

But once on the ground, the war veterans encountered a very different reception. Protesters were outside the field’s gates, screaming “Baby killers!”

De La Garza received an honorable discharge on April 15, 1969. He received a National Defense Medal, a Vietnam Service Medal with one star, and the Combat Action Ribbon, as well as badges for the M-14 rifle and for being a .45-caliber pistol sharpshooter.

De La Garza remained scarred by his combat experience; any loud noise would send his mind back to Hill 327. He became aggressive, even to his wife, Rose Marie, and his daughter and two sons.

He suffered hearing loss and debilitating pain in his back and legs from jumping in and out of foxholes carrying a pack weighing 65 to 75 pounds as well as guns and other equipment, He was unable to work.

"It took me 38 years to get help" from the Veterans Administration, he said. "They don't want to help you."