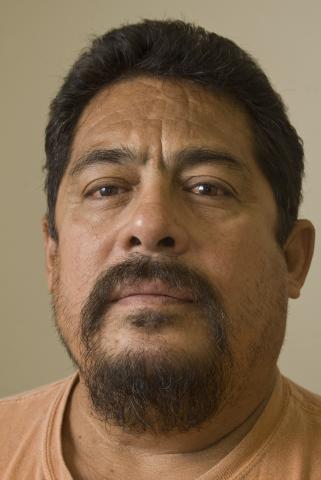 When Joseph Velasquez joined the U.S. Navy on April 23, 1968, he received a card that asked where he would want to go if he were deployed.

He could have picked anywhere, but he wanted to be where the action was. Velasquez wanted to go to Vietnam.

"People would ask, 'Why do you want to go there?' Velasquez said. "But it would be like going to a wedding and not seeing the groom. I didn’t want to miss the action."

Velasquez was born December 24, 1949, in Miami, Arizona, about 80 miles east of Phoenix. As a boy in Tucson, Velasquez grew up quickly, taking on the role of surrogate father to his younger brothers and sister. His father was from Meza, Arizona, and his mother was a native of Tucson. Both of his parents worked a lot, and they often fought.

Velasquez said that when his father, Jose Velasquez, was around, it was like there was a cloud over him. He recalled that the elder Velasquez drank a lot and was abusive to his mother.

“I joined the military to get away,” Velasquez said.

But Velasquez also wanted get something out of the service. He wanted to go to college to have better opportunities than those presented to him at home. He enlisted in the U.S. Navy shortly after graduating from Pueblo High School in 1968. Keeping his enlistment hidden from his mother and father, he passed the qualifying test and physical. It wasn’t until two days before he left that he told his parents he had joined the Navy. His mother didn’t want him to go, but nothing could stop him.

When Velasquez arrived for basic training at the naval base in San Diego, California, his first thought was, “Wow, this is a lot of water!” He realized the swimming lessons he had taken as a child at the local YMCA would be useful.

Velasquez said basic training was tough. In Olympic-size pools, the recruits simulated jumping off a ship and learned how to create a flotation device using the shirts off their backs. After three months of intense training, Velasquez set sail for the Mediterranean Sea on the USS Saratoga (CVA-60).

“The ship personnel was, like, 5,000, so you can imagine it was like a little city,” Velasquez said.

Aboard the USS Midway (CVA-41), Velasquez traveled from the Mediterranean to Vietnam. He worked 12- to 14-hour shifts on the flight deck, usually at night. His job was maintaining and fixing aircraft off the coast of Vietnam. With the mechanical skills he had developed working on his car as a teenager, Velasquez was able to help keep the planes operational during the war.

In Vietnam, he got used to tight living quarters, limited showers, long hours of work, and loud bombs and planes taking off. He said these were things he just had to deal with, and soldiers living in foxholes in the fields had it worse.

Velasquez recalls that someone was always getting hurt. "Planes were always coming and going in ‘Nam. There was always an emergency," he said. Some sailors got blown overboard or hit by a plane taking off.

One incident Velasquez says he will never forget is when two planes collided in the air above his ship. He remembers seeing the helmets of two pilots after the crash.

Velasquez says his experiences in Vietnam affected him in certain ways."For the longest time, I couldn't go into a meat market," Velasquez said. "There was something about the smell."

After the war, hunting was no longer an interest for Velasquez. The thought of killing a defenseless animal kept him from participating.

Velasquez says he feels fortunate to have seen places he wouldn't have been able to see otherwise. During his excursions from the ship every couple of months, he was able to travel to the Philippines, Japan, China, Turkey and Greece. He would take tours and go sightseeing, even if he was alone.

"I wanted to have stories to tell my grandchildren," Velasquez said. He thought all of the countries were beautiful and wanted to return with his wife to the cities he visited.

Velasquez was discharged in 1972 at the rank of E-4, petty officer third class. He worked for the U.S. Postal Service until he retired. The Vietnam veteran married Alicia Magallanes on March 10, 1982, in Fort Hancock, Texas. They had three children: Tanya, Tina, and Travis.

"Imagine if all of the 'La Raza' was united," Velasquez said. "We can make a change. And in 10, 20 years, we can have a Chicano president up there."