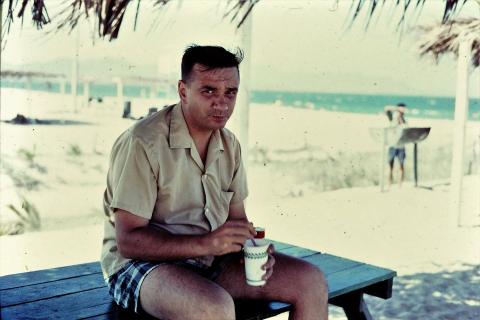 José Aliseda's family was uprooted by the Spanish Civil War in the 1930s, leading them to relocate to Mexico City. He would later move to the U.S., serve in the Army in Vietnam, and become an anesthesiologist in Texas.

Aliseda's father was a teacher who became an attorney and served in the Spanish federal government. When the Civil War broke out in 1936, Aliseda's father supported the Republicans, who were defeated by Gen. Francisco Franco's Nationalist forces.

The Alisedas fled to Portugal, then to France and finally to Mexico City, where they opened three pharmacies. In 1955, José Aliseda married Laura Rios, who worked at one of the pharmacies. He studied medicine in Mexico and moved to the U.S. in 1958 to complete his studies in Chicago. During the Vietnam War, Aliseda was a physician, stationed in country. After the war, the couple settled in McAllen, on the border with Mexico, where he worked as an anesthesiologist.