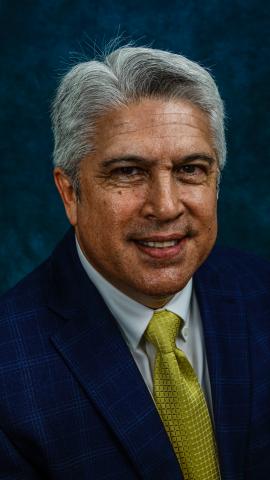 Federico Garza recalls his early childhood life. Garza grew up on a rural farm, seven miles north of Mission. He described his early life as selling tomatoes on the side of the road and getting into trouble. Growing up in the Rio Grande Valley allowed him to experience the culture around him and grow around the values and beliefs of his grandparents, aunts, and uncles. The conversation transitioned into what inspired him to become a judge and get involved with his community. He discusses the challenges that took place in order to achieve his goals and how he overcame them.

There was something greater than him and that was getting his law school, The Reynaldo Garza Law School, affiliated and merging with another university. Garza spoke about the inequality in educational resources in his region, and how many individuals saw The Rio Grand Valley as a lost cause. Garza also expressed his passion for doing civic work and how he became a public servant. He sought to help the community and gain knowledge about the problems that were taking place. Garza later discusses how the City of Alton became incorporated and how challenging it was for it to become incorporated.  With everything he went through, he is proud to say that he did not have to leave the Rio Grand Valley to get a law degree and he continued to stay in his community to help those in need. Garza realizes that the Rio Grand Valley needs more representations from the Higher Education Coordinating Board and not looked down upon. Garza is hopeful that the Rio Grand Valley will eventually gain the proper representation it deserves.