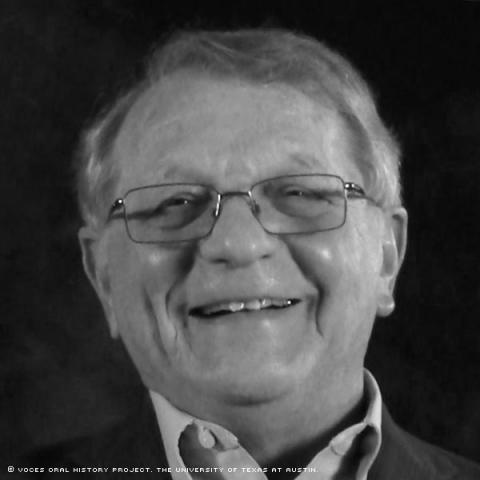 Al Kauffman's middle-class background, attending segregated schools in Galveston, Texas, might not have seemed to prepare him for a role in Mexican American civil rights. But other aspects of his life - he was a sensitive teenager growing up in the 1960s - would surely suggest his later work was not so unlikely.

Albert "Al" Kauffman, whose work as a lawyer helped Mexican Americans win vital battles leading up to and following the 1975 Voting Rights Act, was born on July 4, 1948, in Galveston, about an hour southeast of Houston. His father, Bernard, was co-owner and manager of Kauffman Myers & Co., a furniture store. Mother Celia Gens Kauffman was a homemaker. The couple had two other children, Nancy and Tom. Their ancestors had arrived in the United States in 1875, and Kauffman said his father and his grandmother had been born on the "island," as they used to call Galveston.

"I went to Ball High School. It was a segregated school," he said. "There were no African Americans in my school. There was a separate school for them. It was a good time to grow up in, and I had a pleasant childhood."

Like thousands of Americans, Kauffman watched on television poignant scenes of African-American civil rights activists marching from Selma to Montgomery, Alabama, and being beaten by the police on the Edmund Pettus Bridge in 1965. The brutality of police violence shocked the teenager.

"In Galveston, there was clear racism ... but there was not any violence," Kauffman said. "To some extent, the different races got along fairly well from a distance. And to see what was happening in Selma showed what could happen if the white community didn't adapt. I think that's the way it affected me."

As his eyes opened, Kauffman began to see that despite appearances, racial discrimination against African Americans and Latin Americans in his hometown was just as vile as anywhere else. "There was police abuse, terrible poverty, housing projects that were under-funded and in terrible shape."

The anti-war movement of the late 1960s also influenced him deeply. "When I went to college in 1965, the Vietnam War was going on and a lot of people questioned the motivations of the government," he said. "Those two movements developed my beliefs about civil rights."

Kauffman studied behavioral science and industrial management at the Massachusetts Institute of Technology in Cambridge, Massachusetts. It was there that he started getting personally involved in the civil rights movement, working for a program called Upward Bound, which helped African Americans set up businesses. For a small remuneration, he helped high school students from underprivileged areas develop technical skills.

"That was the first time I had direct service relationship with poor people, people who were discriminated [against]," Kauffman said. He also noted that Boston's black community was markedly different from Galveston's: much more assertive and firm in its fight for equality.

He graduated from MIT in 1969 and started teaching a year later in a middle school at Scott County, Mississippi, a district that had been recently desegregated. He soon realized he wanted a career in civil rights and began law school in 1971 at the University of Texas at Austin.

But discrimination was evident even in the classroom. His class had about 500 students, of whom five were Mexican and one was African American.

"It was a travesty." Kauffman said. "A lot of us who were involved in civil rights wanted to do something about it, so we fought with the administration trying to ... recruit more African Americans and Latinos for law school."

Along with two friends, Kauffman put together Law School Admission Test preparation sessions for minorities. "We put signs and we said, 'This if for African Americans, Latinos and women.' We thought at least we could help in the LSAT," he said.

Kauffman graduated in 1974. Lupe Salinas, an old friend working for the Mexican American Legal Defense and Educational Fund helped him get a job as an attorney at the non-profit. Although he hardly knew any Spanish then, he soon became a crucial part of the team working on voting rights cases.

"There were very few attorneys, so we were assigned a lot of cases," he said. "My first cases were voting rights cases in 1974-75. That's really how I got involved in the Voting Rights Act when it was applied to Texas in 1975. I also did some employment discrimination cases and education discrimination cases, but most of my work in the first two years was on voting rights."

Texas witnessed a number of voting rights cases even before the extension and expansion of the Voting Rights Act, including White v. Regester, which split the multi-member districts for electing state representatives into single-member districts. Once the Act was applied, MALDEF and its attorneys had many more cases to handle.

"In Texas ... because there was such history of discrimination, there were innumerable cases to do," Kauffman said. "Two of them we did right away, as soon as the Voting Rights Act applied to Texas. They made some changes before the 1975 elections ... in the election system that had not been pre-cleared by the Justice Department. So we went to court to have some of those cases enjoined, which means that those changes were no longer in effect."

One of the cases related to changes in voter registration procedures that would have purged a number of Latin Americans and African Americans who had voted previously but had changed their address. "That was stopped because of the Voting Rights Act," Kauffman said.

The second involved the Raza Unida Party, a movement espousing Latin American civil rights that was making strong waves on the political forefront. After the party made electoral gains, the rules for financing primaries were changed, Kauffman said.

"Previously, any party that got more than 2 percent of the vote would have its primaries paid for, which is a great benefit to a political party. After Raza Unida Party got 5 percent, they [raised the bar] to 20 percent, so only Republicans and Democrats would have their primaries paid for. It was clearly a racial issue, and we went to court to stop that change," he said.

Kauffman worked closely with leaders of the Raza Unida Party and developed a deep respect for them and their work. "I thought they were very active and very smart and very strong, and I was very impressed by them," he said. "But MALDEF also worked with more conservative sections of the Mexican-American community. We had many clients."

Balancing both sides was never easy. But despite the complexities of politics, Kauffman looks back at those early years with fondness and remains proud of his own role in entrenching the Voting Rights Act. "I provided a lot of information to the people who developed testimony to get the Voting Rights Act passed in 1975," he said. "It had a tremendous positive effect on Texas."

Mr. Kauffman was interviewed by Amayeli Arnal-Reveles in Austin, Texas, on March 10, 2015.