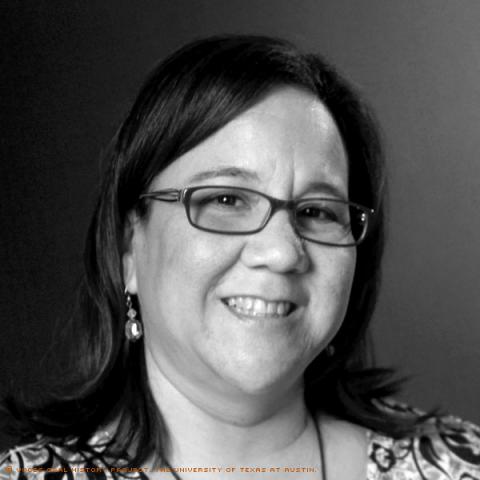 A lot of her childhood was spent campaigning for her parents, and backyard barbecues were a mainstay of their political rallies.

"From the ages of 8 to 10, I spent a huge amount of my time campaigning with my parents," Cervantez said. "I did get tired of walking up and down the streets. I did get tired of making various announcements. But most of all, I got tired of tripas. I hate tripas because [at] every political rally we had, we had tripas. After so many years of the same thing, you kind of get sick of it."

Despite her young age, Adrienne played a very public role in their campaigns. "I understood why my parents were taking me to all these places, but I still didn't like it," Cervantez said. "I don't like politics because of everything I had to go through as a child."

There were other reasons. Being the daughter of local politicians meant accepting certain restrictions.

Still, Cervantez said she felt privileged to have parents who were so influential in the community.

"While I would have preferred to be hanging out with my friends instead of campaigning with my parents, I am truly grateful for the whole experience," she said. "I was able to see a group of people come together and work very hard in order to help improve the ways our schools and community were run. The unity and empowerment of our people was amazing. Doors were opened, opportunities were given. My parents helped make a difference in our community."

Dilley, like many other South Texas towns during the 1970s, had racial divisions. And they were magnified in Cervantez's life because her parents were leaders of Mexican Americans in a town where Anglos had traditionally dominated. She doesn't recall seeing a single Anglo at a Mexican-American rally.

"The community was very racially split," Cervantez said. "When we held political rallies at our house, we had all the Mexican Americans there and the Anglos would be off doing their own rally on another side of town."

While Cervantez could tell the city was racially divided, she didn't understand why. At school, she had friends who were white.

"I had such a hard time growing up because there was a clear difference between my friends and I," Cervantez said. "We didn't understand why some of our parents couldn't get along, but we could all see the repercussions in our parents' lives because of their involvement."

Part of the division between Mexican Americans and Anglos was based on education.

"A lot of the (Mexican American) people we would assist and be involved with didn't complete elementary or high school," she said.

"There were issues that were brought up where the other party was claiming that some of our party members were voting double because there were people in the Mexican American community with similar names," Cervantez said. "I had an aunt named Auvina G. Garcia and she went and cast her vote. Then we had a cousin named Alvina G. Patterson and both of those votes were thrown out because they were saying we sent the same person in to vote twice."

Many people were also afraid to speak out against the school system because they thought it would only make things worse. But Cervantez, despite her distaste for politics, said she always viewed voting as very important.

"It is our voice," she said. "By casting our ballot, we are choosing who we'd like to represent us in office and hold them accountable for the decisions that they make."

The racial divide in Dilley didn't spare Cervantez's personal life either. She had a white boyfriend in high school, but she had to stop seeing him because of pushback from her community.

"We weren't allowed to see each other based solely on the fact that I was Hispanic and he was not," Cervantez said. "People would come by our house and tell him that he needed to go home."

He eventually moved away to live with his father, she said.

Cervantez graduated from Dilley High School in 1985 and from San Antonio Junior College in 2000. "As a single parent working full time, I was only able to take six to nine hours a semester," she said about her time in junior college. She graduated from Our Lady of the Lake University in San Antonio in 2002 with a bachelor's degree in elementary education and a specialization in special education.

While growing up, Cervantez worked at her parents' restaurant, Garcia's Cafe. Later, she joined the Texas Migrant Council as a teacher in the Head Start program. Then she worked as a special education teacher at the Northside Independent School District, a job she still held at the time of her interview.

She said that now she understands the importance of different opinions in politics and of using her own judgment to determine what is right and wrong. Her 23-year-old son has also caused her to think more about politics and how she influences him and his beliefs.

"I want my son to be more open-minded about politics because my upbringing was so one-sided," she said. "I want him to have an opinion but to also have the facts and base his opinion off of those facts."

Ms. Cervantez was interviewed by Doug Waters in Pearsall, Texas, on March 29, 2015.