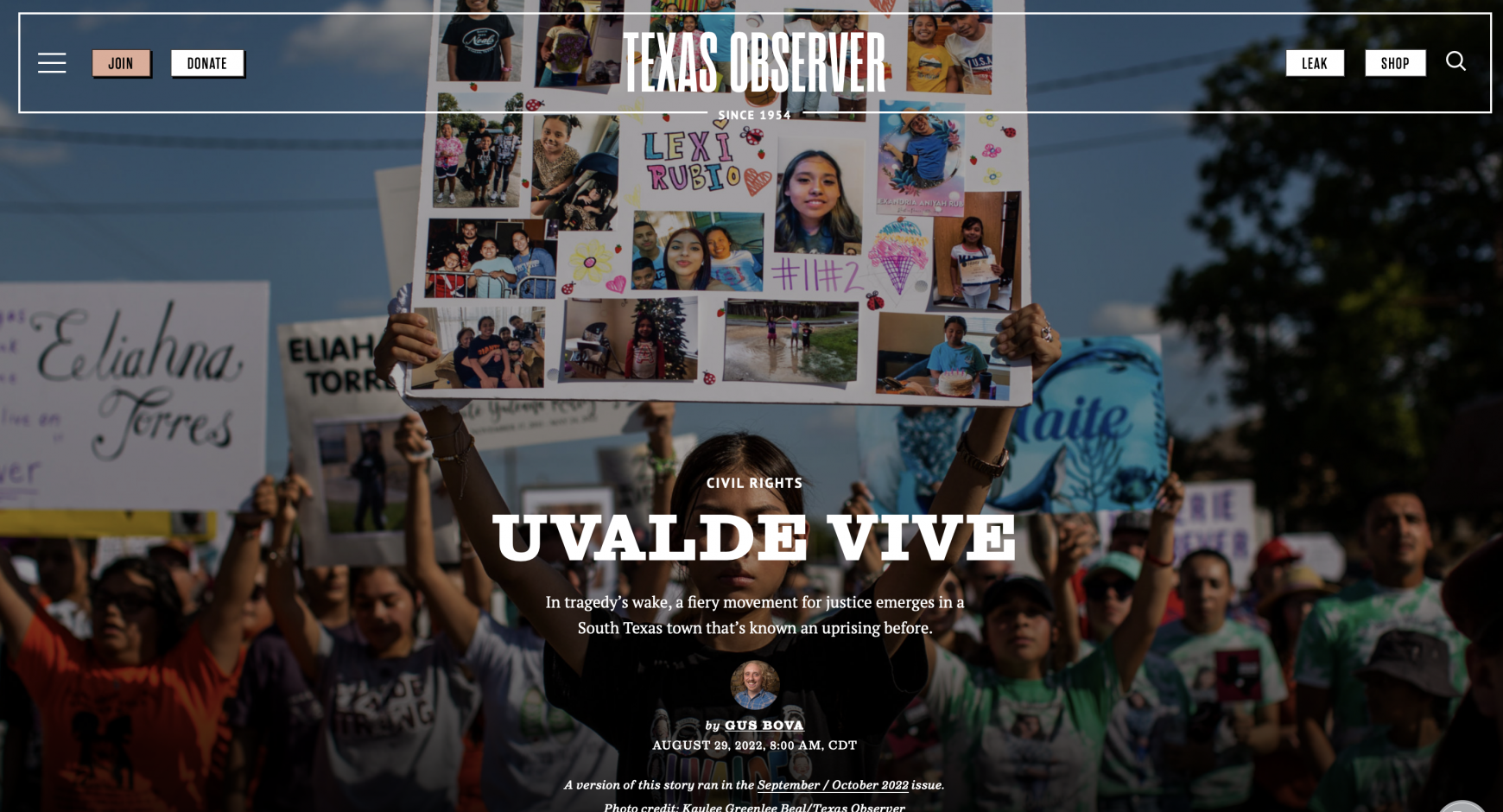 This story first appeared in the Texas Observer. An excerpt can be viewed below. To watch the full story, click here.”

On the afternoon of July 10, Lalo Castillo, a craggy-faced and sturdy 76-year-old, arrived at the northeast corner of Robb Elementary School in southwest Uvalde, where neighbors and acquaintances began assembling for the largest political protest his hometown had seen in 50 years.

Castillo, then 24, was among the walkout’s main organizers and also filmed the events. The grainy footage, preserved by the Voces Oral History Center, shows teenagers decked out in plaid skirts and leather fringe jackets assembled around a V.W. bus and students of all ages throwing up peace signs and single fists. Marching in a circle outside Robb—almost precisely where families would launch their march 52 years later—they carried signs reading “Viva la Raza,”