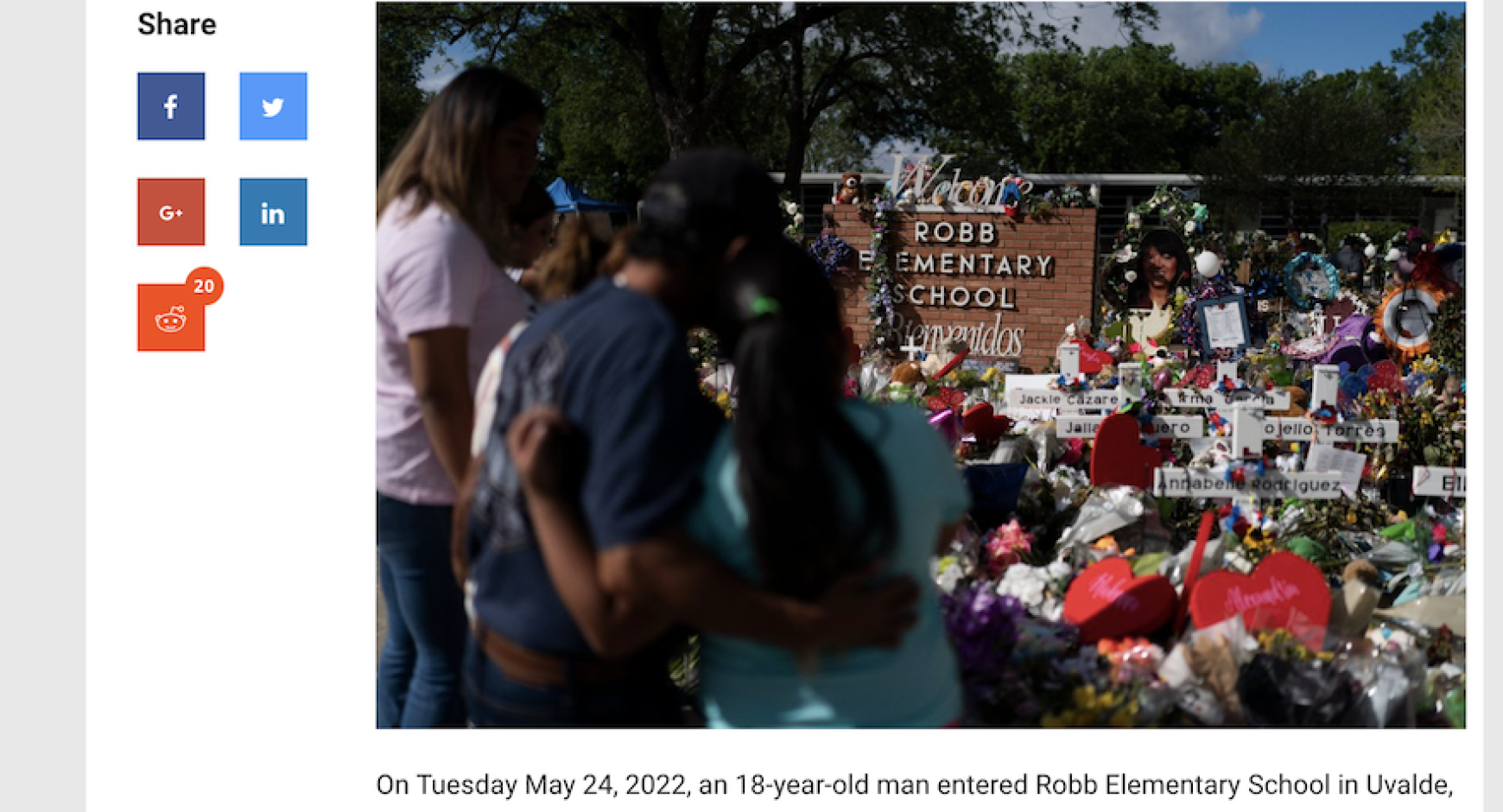 This story first appeared in Latino USA. An excerpt can be viewed below. To read or listen to the full story click here.

On Tuesday May 24, 2022, an 18-year-old man entered Robb Elementary School in Uvalde, Texas, and shot and murdered 19 children, as well as two teachers. The Uvalde community is over 80% Latino and has a population of nearly 25,000 people. The ripple effects of this mass shooting have been felt across this small Mexican-American community, and across the country.

In this tight-knit community of Uvalde, Robb Elementary is often considered the lifeblood of the town.

Robb Elementary was founded in 1955, deep in the Mexican-American neighborhood of Uvalde, and like today, the vast majority of its students were Latino. In the 1960s, the mostly white teachers and administration discriminated against students and tried to force them to assimilate. Josué “George” Garza was one of the few Mexican-American teachers at Robb Elementary in those years, and he advocated for the students and parents who didn’t speak English.

George, 83, remembers that in those days in Uvalde, “there was a lot of racial discrimination.”

“There were two towns within Uvalde, the Mexican town and the Anglo town. And it was divided by race,” George said. “The barrio where the white folks lived and one where the Mexicans lived. And we sort of kept our boundaries to ourselves.”

After George was denied the renewal of his contract in the year 1970, students, teachers, and parents held one of longest walkouts in the country’s history to demand his reinstatement and protest discrimination in the school. The Texas Rangers were called to Uvalde to try and stop the protests. There are accounts of students who remember seeing the Rangers standing on rooftops with loaded rifles. 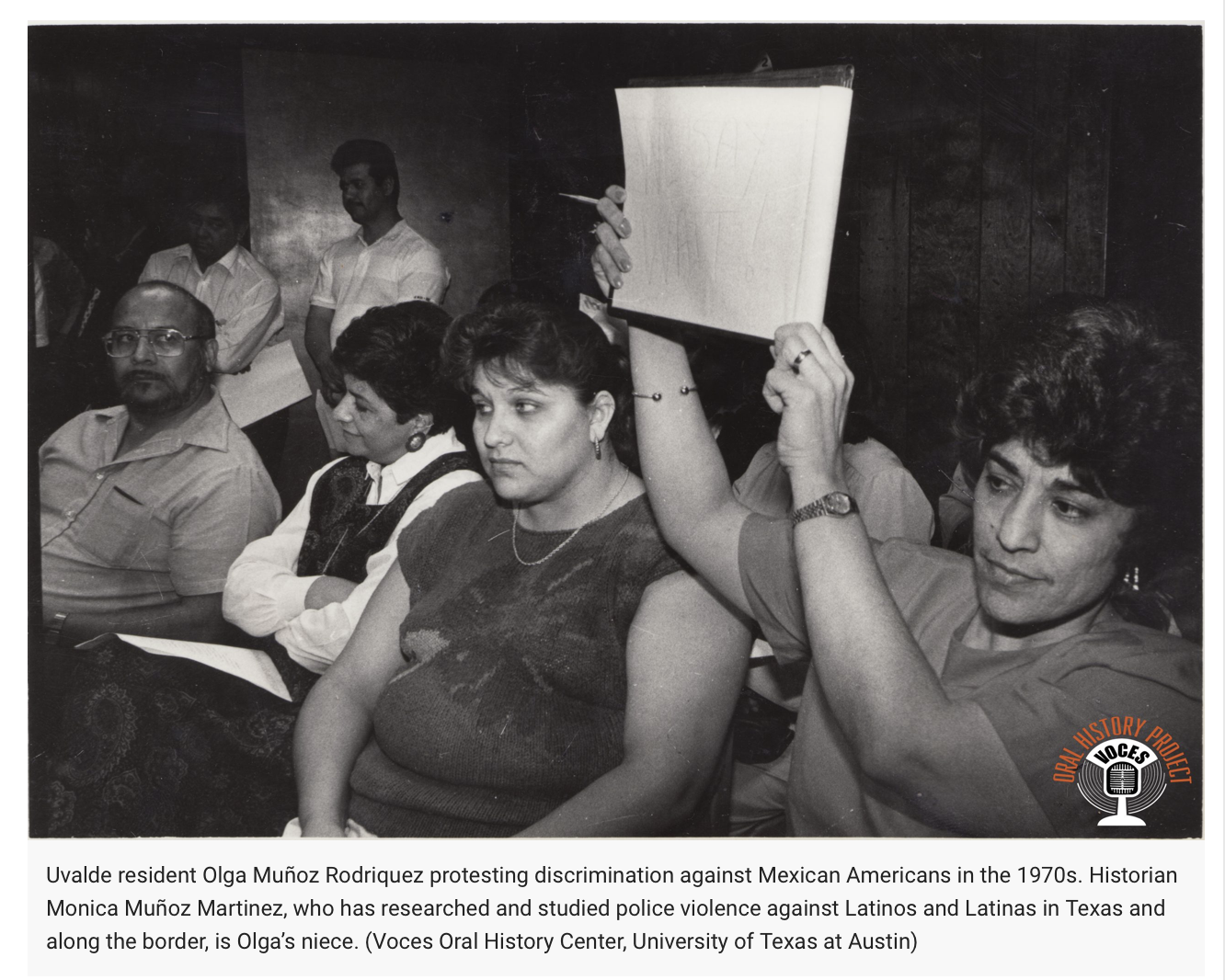 Monica Muñoz Martinez is from Uvalde and she’s a historian who has researched and studied police violence against Latinos and Latinas in Texas and along the border. She told Latino USA that Uvalde has a long history of discrimination against Mexicans.

“In the 1850s, the Uvalde County passed an ordinance that Mexicans couldn’t travel through the county without a passport that was issued by white officials,” she said. “The school walkouts in 1970 exposed that Brown v. Board of Education, the Supreme Court decision that mandated segregation to end, didn’t reach places like Uvalde.”

(This story first appeared in Latino USA and was written by Reynaldo Leaños Jr. and Victoria Estrada.)