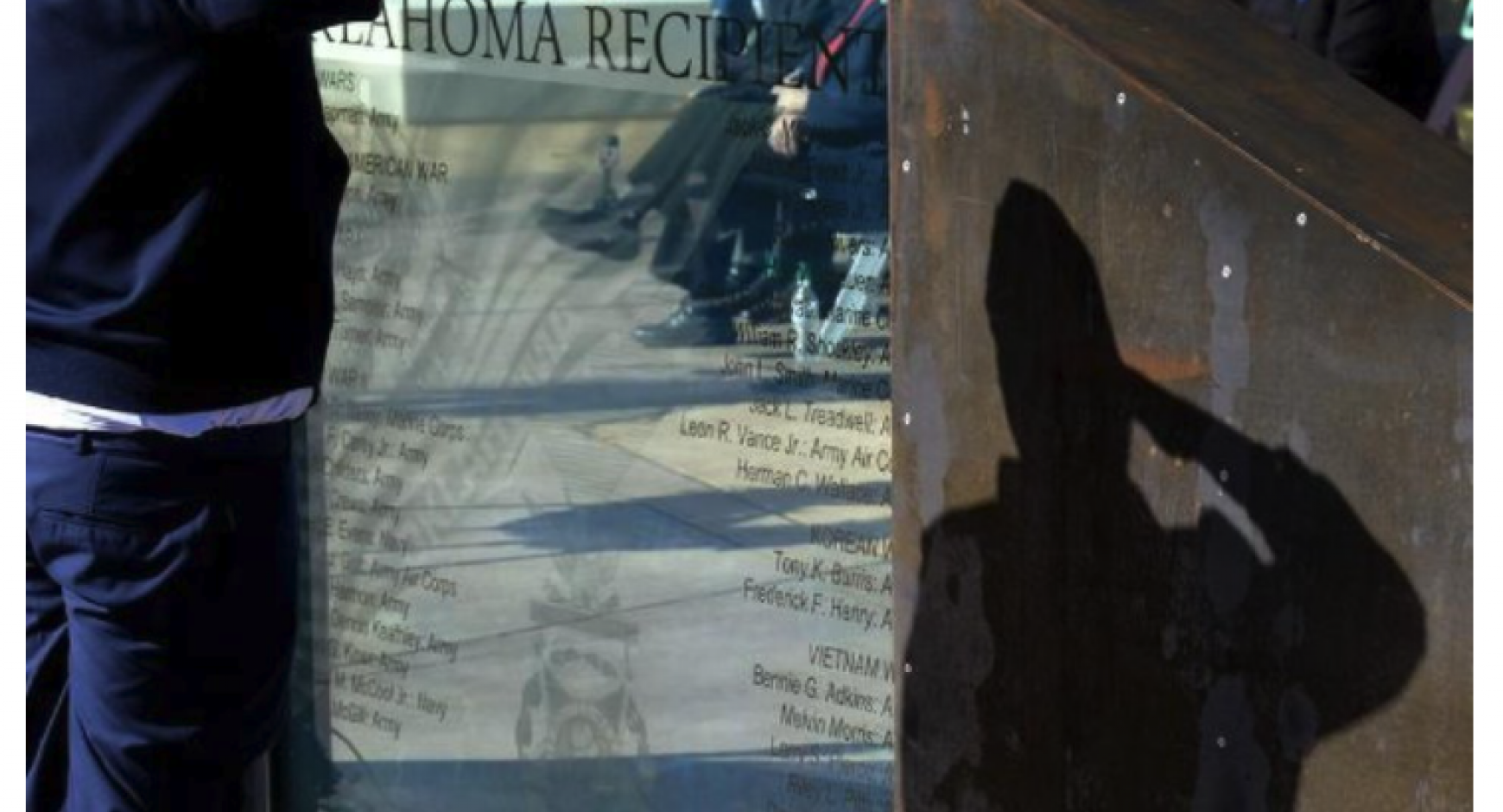 This story first appeared in The Oklahoman. An excerpt can be viewed below. To read the full story click here.

Holt was among dignitaries who took part in a Veterans Day ceremony dedicating the Oklahoma Medal of Honor Memorial at Manuel Pérez Park.

"This beautiful new park represents so many things for our city," Holt said by text Wednesday afternoon.

"It honors veterans in general and Medal of Honor recipients specifically, which is so appropriate in a city as patriotic as ours."

The park is named for Manuel Pérez Jr., who was born in Oklahoma City, grew up Chicago, and was killed in action in the Philippines in 1945.