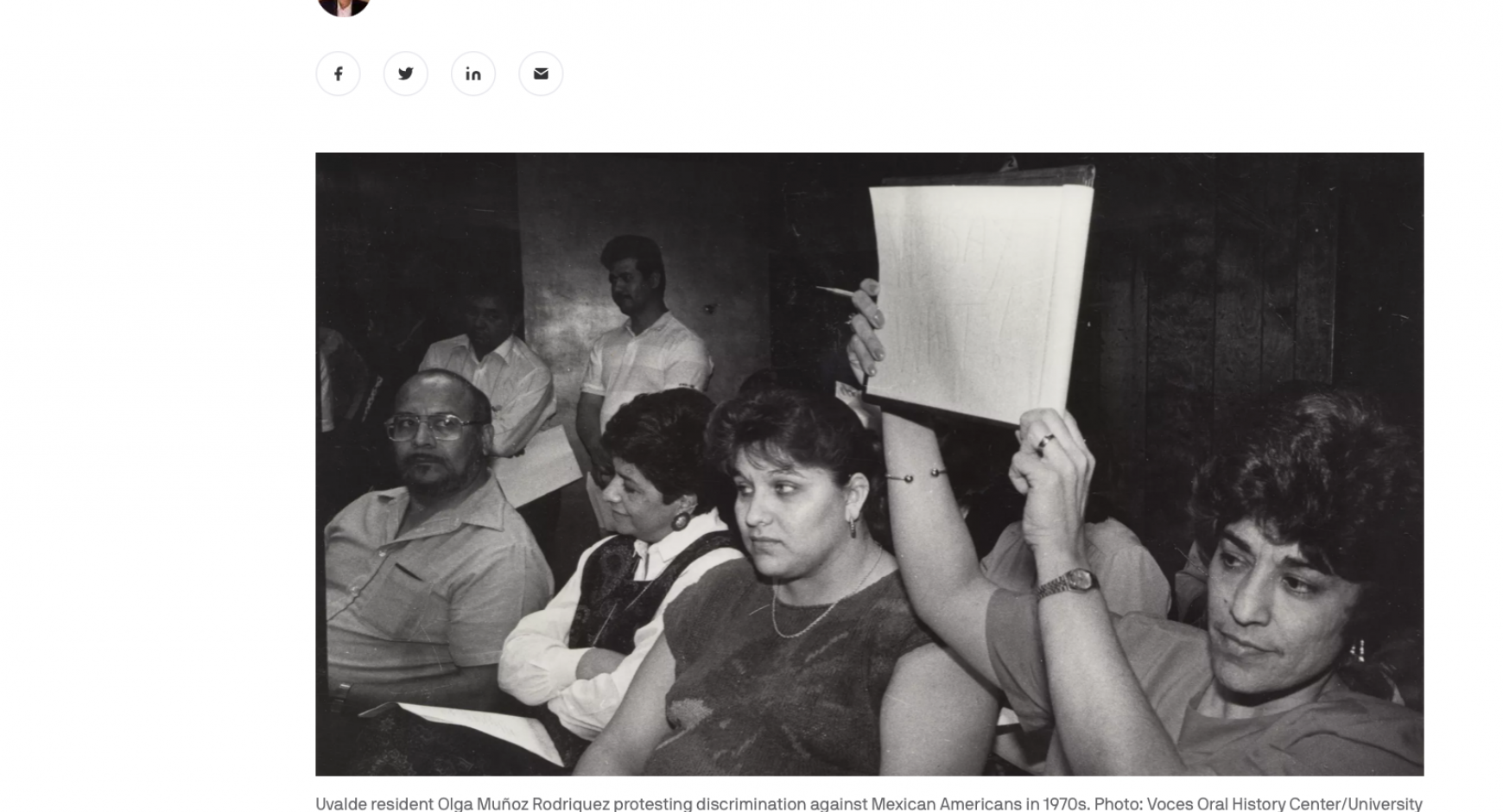 This story first appeared in Axios. An excerpt can be viewed below. To read or listen to the full story click here.

Uvalde, Texas, may have been unknown to most Americans before Tuesday's mass shooting, but this town has deep roots in the Mexican American struggle for civil rights.

The big picture: The massacre that left 19 children and two teachers dead on Tuesday took place in a school district home to one of the most crucial school walkouts in civil rights history.

Flashback: In 1970, a small group of Mexican American students in Uvalde staged a walkout to protest the district's refusal to renew the contract of Josue “George” Garza, a popular Mexican American teacher.

What they're saying: “We were tired of the discrimination,” former student Sergio Porrastold the Voces Oral History Center. “We said, 'We’ve had enough of this. Why don’t we do a huelga, or just walk out?' It just happened.”

(This story first appeared in Axios and was written by Russell Contreras.)