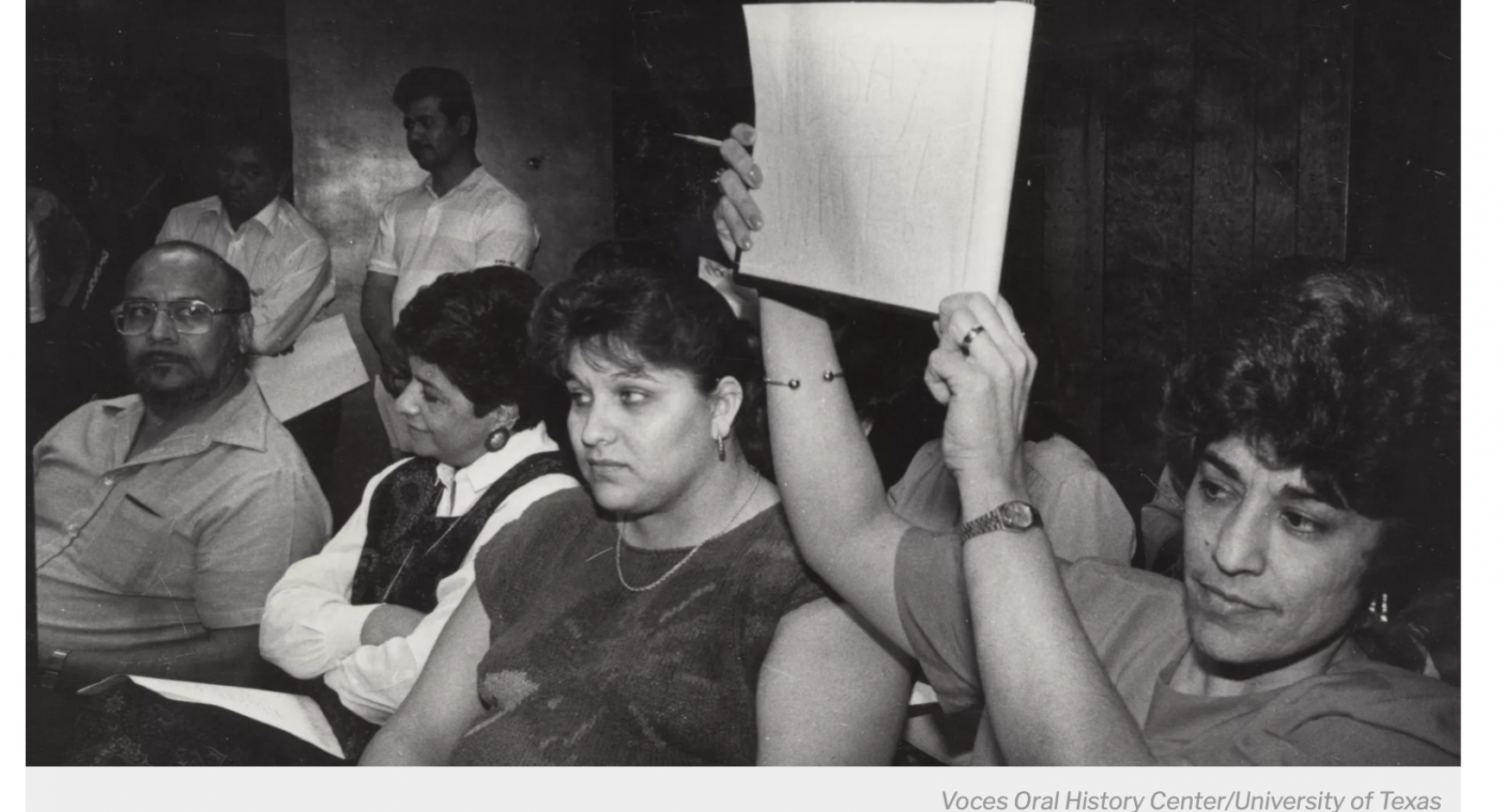 Mexican American students in the South Texas town walked out in protest of unequal treatment by the white-run school system.

The prominently Mexican American community of Uvalde became known to many more people after last week’s school shooting tragedy. But the South Texas town once also played an important role in the struggle for civil rights movements.

Russell Contreras, the justice and race reporter at Axios, joined the Texas Standard to share more. Listen to the interview above or read the transcript below.

This transcript has been edited lightly for clarity:

Texas Standard: Tell us a little bit more about the civil rights ties to the city of Uvalde that you’ve been reporting on, especially when it comes to education. I understand that there was a seminal event that took place more than 50 years ago in Uvalde. Could you tell us about that?

Russell Contreras: That’s right. In 1970, there was a small group of Mexican American students in Uvalde who staged a walkout in protest for a number of things. It started off over the contract of a really popular teacher named George Garza, and the school did not renew his contract. So the students used this particular moment to walk out and demand a number of things. And one was more equal treatment, the end of discrimination against them, they wanted more Mexican American studies classes. The all-white school board at the time refused the demands.

So this small walkout got larger and larger, and it became a similar moment in Uvalde, Texas, to highlight the discrimination that the Mexican American community faced at the time. This walkout grew from 200 to then 500 students, and then all of the students take part but the parents joined in. Community members joined in. But very quickly, the authorities tried to put it down, sending in the Texas Rangers. The walkout lasted about six weeks. It garnered a lot of attention in Mexican American communities across Texas, and it influenced others to do their own walkout. So this was a very seminal moment in a very small town, but it was the epicenter of the Chicano movement in 1970.

(This story first appeared in Texas Standard and was written by Kristen Cabrera & Shelly Brisbin.)

And as I understand, it was one of the longest school walkouts in history up to that point.