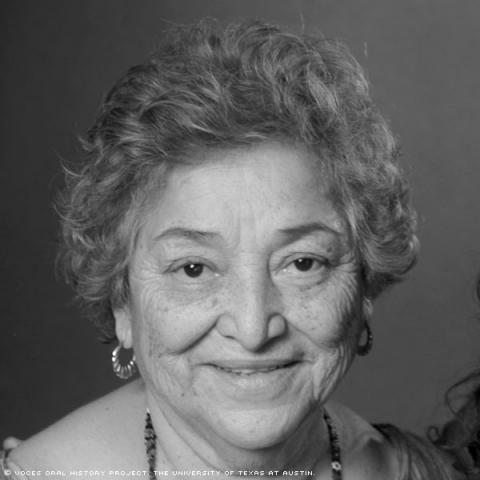 When Yolanda Treviño graduated from Pearsall High School in 1959, she was determined to make her life elsewhere. The racism of the small town was too confining.

"I left Pearsall because of the racism," said Treviño. "I just couldn't stomach it. I wasn't coming back… Education was my way out."

What she was escaping was a town where Mexican American students were treated like second-class citizens, where there was little political power, much less representation, where she attended segregated schools, and where she was denied recognition of her academic achievements. She would go on to teach in San Antonio, Long Island and Europe. She returned to Pearsall in 1977 and found some improvements, but racial tensions were still lingering.

Treviño first attended Southwest Junior College in Uvalde, an hour northwest of Pearsall. After one semester, she transferred to Texas Woman's University in Denton, Texas, about 40 miles northwest of Dallas. She graduated from TWU in 1963 with a bachelor's degree in elementary education.

Her first job was teaching in San Antonio at the low-income, predominantly Mexican-American Edgewood School District. She found crowded conditions, with 43 students in one classroom.

"It was barely enough room for me to move in between the desks," said Treviño.

Months later, Felix Martinez, a close friend of her mother, told her about opportunities teaching elementary school in Europe. She contacted Martinez and learned there would be a job waiting for her in Germany. Without notifying her parents, Treviño saved up, purchased a ticket and headed to Europe.

She toured the schools run by the Department of Defense and liked what she saw. She would receive the same benefits as teachers in the United States.

"It wasn't a hard sell. I signed on the dotted line the next day," said Treviño.

The schools were for the children of U.S. military and other government personnel, and students of different ethnic backgrounds took classes together, unlike in Pearsall schools. In October 1973 she moved to Germany, taught for three years, and then became a counselor. Overall, she lived and worked in Europe for seven years.

Europe was a world away from what she had left behind. She vividly remember- living on the west side of Pearsall and having only two paved roads in the area; the rest were dirt. Her father, José N. Treviño, was a labor contractor who was rarely home. Her mother, Esperanza Treviño, was in charge of taking care of the home and raising Yolanda and the couple's five sons.

Yolanda started working alongside her father at the age of 5, doing migrant farm work during the summer. But as she grew older, because of her father's absences, Yolanda grew up feeling very distant from him.

"My mom was a disciplinarian," said Treviño.

One thing her parents agreed on was that education was imperative.

"Our life during the week consisted of going to school, and on the weekends we would visit family," said Treviño.

Her father had dreams for her: that she would teach and make a difference in Pearsall.

As for politics, José Treviño did not consider himself a member of any political party, but he understood what was transpiring in his town politically and guided his workers to vote by taking them to the polls on election day and instructing them on how to cast their vote.

"My dad would get favors from Anglos that he voted for," said Treviño.

After Treviño's father died in 1976, she and her mother became staunch Democrats—with one exception: When the Raza Unida Party was on the ballot, she voted Raza Unida.

"A lot of times Mexican Americans were told that they could not vote. My parents lived through the time of the Texas poll tax," recalled Treviño.

The Texas poll tax required those who were eligible to vote to pay a fee between $1.50 and $1.75 for their voting registration. Treviño said that people were very poor and could not afford to vote, so they would end up abstaining. It was also hard for them to get to the polls on election days, due to their jobs.

At the time, Mexican Americans also faced discrimination in the education system.

"Our first encounter was that we were segregated; we did not get integrated until the seventh grade and the teachers treated us differently from the Anglos," Treviño said.

Typically, the better teachers worked at the Anglo schools and the teachers at the Mexican-American schools demonstrated little understanding or sympathy.

Things finally started to change when Treviño reached high school. She considers her graduating class, composed of 26 Anglo and 25 Mexican American students, as the breaking point. The critical mass of Mexican-American students could, for the first time, elect one of their peers as "Most Athletic" or "Most Popular." The trend continued in later years.

Treviño was part of her high school's pep team. When the girls traveled for away games and other team-related functions, they would again face discrimination in public facilities and businesses.

"The bus would stop at restaurants that did not serve Mexican Americans, and we watched the Anglo children get off and eat," Treviño recalled.

Sometimes Mexican-American students would think ahead and pack their own lunches. In other instances, they would give their money to light-skinned peers and ask them to bring something back to the bus.

Too often, recognition was denied to Mexican-American students. When she was a high school student, Treviño was denied membership in the National Honor Society. Decades later, history repeated itself when her daughter, Belinda Treviño-Schouten, was also denied membership, even though she was one of the top students in her class.

This time, Treviño decided she wanted her daughter to be able to showcase her academic success on graduation day. She had a plain white stole made, similar to the ones that National Honor Society students wore, but without the NHS emblem.

"When they saw my daughter on the field with the white shawl, two, three teachers rushed to her," said Treviño.

But she had already cleared the white stole with the superintendent, and Belinda was able to wear it as a form of protest.

"We were always seen as second-class citizens, and I was smart enough to understand," said Treviño .

Treviño said she believed that her time away from Pearsall helped prepare her for the changes that the town was going through. As her father instilled in her, she came back and made a change.

As an official in Pearsall Independent School District, Treviño was able to secure Title VII grants for teacher aides to become bilingual teachers. Thanks to these grants, she helped establish one of the first duallanguage programs in Texas.

"I made a change by bringing in grants for those who could not afford education," said Treviño. "The best thing for a community is education."

Ms. Treviño was interviewed by Stacie Richard in Pearsall, Texas, on March 29, 2015.