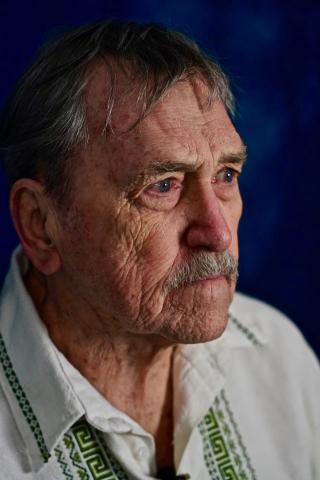 Born in San Antonio Texas, Albro spent most of his youth moving from place to place, leaving Texas to settle in Tennessee for most of his elementary years, then settling in San Angelo Texas where he attended San Angelo High School. Albro talks about his obliviousness towards race relations as a kid and then extending into most of his undergraduate career at The University of Houston. While at Houston is where Albro changed from a journalism major to a history major, completing both undergrad and masters in U of H night school. At the point of graduation, Albro with a wife and kid, went to Arizona while he continued his studies at the University of Arizona.

It is here that he found his specialty in Mexican History. Albro mentions how most of his peers in the classes revolving around Mexican were all anglo, a trend he found puzzling. After receiving his Ph.D., Albro taught at the University of Wisconsin. Here, Albro was first politically active. After one year, Albro took the position at Texas A&I in Kingsville Texas. He talks in detail about the social structure of the town of Kingsville, specifically on how the anglo and Hispanic communities interacted. He brings up the role of the town’s King Ranch and the Exxon plant in these dynamics. During his time at Texas A&I, Albro saw the rise of the area’s Chicano rights movements from clashes in school politics, growing to involve the city itself. Albro speaks on how his creation of the first-ever Mexican American college course inspired many of the prominent Hispanic Chicano rights movement activists in the area and stresses the importance of education and history.