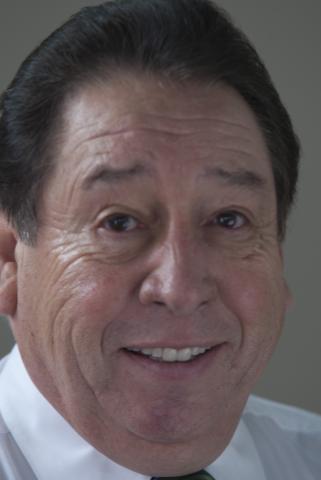 Standing in front of a judge, Ramon Rodriguez was given two options when he was 17: Go to jail or join the military. With his father’s approval, he chose to serve.

As a teenager in the late 1950s, Rodriguez had run wild on the streets of Wilmington, California. He was involved with gangs, including one case of grand theft auto. He claimed the reason for his behavior was a desire for adventure.

Prior to the judge's offer, Rodriguez had already developed an interest in the military by reading letters his neighbor got from her boyfriend, who was an active member in the 101st Airborne Division.

“It sounded very, you know, [like] my type of thing,” Rodriguez said.

In a bold move, Rodriguez volunteered to go to Vietnam from Germany.

"At that time I was an NCO, noncommissioned officer, and I thought to further my career I had to go at least get my ticket punched and go to Vietnam," Rodriguez said. He was assigned to the 101st Airborne Division as a platoon sergeant of a rifle company.

There was absolutely no period of adjustment in Vietnam. During his first night at camp, mortars struck the base, and the reality of war sank in. Combat would soon get more intense.

Asked how it felt to be shot at while protecting his life as well as others, Rodriguez took a deep breath and said, "I felt comfortable because of my training. My leadership traits were good. I was liked by all the people under me, and I felt very dedicated to my people."

Rodriguez noted that one doesn't have time to think about being scared. He said it all goes back to relying on your training to do the job correctly.

Rodriguez distinguished himself with his courageous actions and dedication to his platoon. He was awarded many medals and decorations, including two Silver Stars and four Purple Hearts over the course of a few years.

While entering the city of Hue, the site of one of the bloodiest and longest battles of the Vietnam War, his platoon walked into an L-shaped ambush. His unit suffered heavy casualties, including the platoon leader.

According to his decoration, Rodriguez, with zeal and extreme dedication to his men, was able to dodge enemy fire long enough to rescue the lieutenant, as well as the injured point man. Along with the few other survivors, he set up a perimeter about 50 yards back and held off the enemy until reinforcements arrived.

Rodriguez considered himself lucky to survive his years in Vietnam. On the battlefield, he was shot on multiple occasions and even stepped into a punji pit, a booby trap made of sharp wooden or bamboo stakes used by the Viet Cong. While recounting his injuries, Rodriguez laughed and said none was serious enough to make him consider returning home.

After a year with the 101st Airborne, Rodriguez found himself in a hospital in Saigon recovering from an injury. During his stay there, an old friend from his unit, who now was with the Green Berets, gave Rodriguez the idea of joining the Special Forces. After talking to their sergeant major, he decided to join.

Rodriguez was placed in Recondo School, where he received intensive training. The last phase of training, referred to as "You Bet Your Life," included live recon missions in hot combat areas of Vietnam. Students were expected to make contact with the enemy. Rodriguez said that "you had to live through it" to graduate.

After graduating from Recondo School, he traveled to Panama, where he served as a scuba team sergeant from 1978 to 1980. He was then sent back to the United States to become an instructor of the ROTC program at the University of Missouri, in Columbia.

The transition from soldier to instructor went smoothly, but when Rodriguez returned to the United States, he was confronted with another struggle: anti-war protests. His feelings toward activists were, first and foremost, anger.

"They don't know what really went on. They're just there not because they think of it that much politically, but it’s something to do. ... It was a way to get together with other people and just raise hell," Rodriguez said.

After several years, Rodriguez returned to California to work as an adviser to the California National Guard in Los Alamitos. One day, his superior approached and asked him to become command sergeant major of the 3rd Armored Division, in Germany. By then the single father of a 7-year-old son, he decided to turn down the position and retired from the military.

Rodriguez spent the next seven years as police chief at El Segundo Air Force Base in Los Angeles. He served until the Department of Defense came in and took over security.

At the time of his interview, Rodriguez was executive director of American Veterans, a nonprofit that advocates for former service members.

"I love it. I'm back to my forte of helping veterans," Rodriguez said.

Thinking back on his years of service and his life experiences after a troubled youth, Rodriguez did not hesitate to endorse the military as a way to attain personal growth.

“I think everyone should go into the military. It will teach you things as a young man you will never, ever learn on the outside," Rodriguez said.

Mr. Rodriguez was interviewed by Frank Trejo in Los Angeles on Jan. 7, 2011.