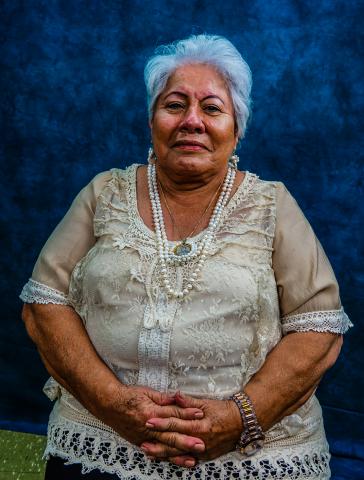 For 45 years, Rachel Medina Ayala was an educator in Brownsville, Texas, working her way up from elementary school teacher to assistant superintendent.

Ayala was born May 13, 1947, in Brownsville to Francisco Medina and Maria Torres Medina.

She credits her educational success mainly to her parents.

Ayala graduated from Brownsville High School in 1964 and completed a bachelor’s degree in education in 1970 at Texas A&I University in Kingsville (now Texas A&M University-Kingsville).

Back in Brownsville, Ayala became an assistant principal at Russell Elementary and was later relocated to Stell Middle School as a principal. She eventually rose to the position of assistant superintendent, where she developed her stern and outspoken manner.

“I was the fifth female principal in a district in a male-dominated profession,” Ayala said. “If I was not assertive, they would have eaten me up. It’s a natural thing for me, a natural reaction if I was to survive in that profession.”

Ayala said the educational system has improvements to make in its funding, especially in the Southmost area of Brownsville.

“I don’t know why when it comes to education … that we have to fight for any sort of funding. The kids are our future,” Ayala said. “It’s not where you go; it’s what you make of yourself.”