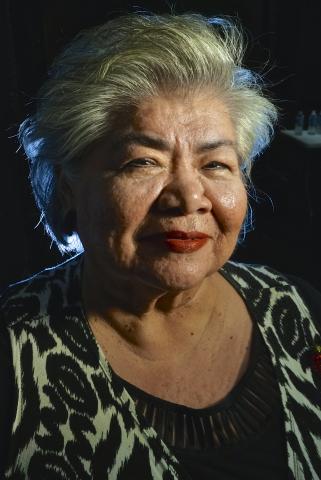 In the spring of 1970, Olga Charles was a senior at Uvalde High School in South Texas. With just a few weeks before graduation, she was preparing to follow her mother’s career advice: Go to business school and become a bookkeeper, like her Aunt Julia.

But on April 14, some Mexican-American students walked out of school, the beginning of a six-week protest that grew to nearly 500 students, parents and community members. The protest over unequal treatment of Hispanic students divided the community and disrupted scores of lives. For the senior class, it created a rift that took 20 years to fully heal.

Charles did not walk out; her father forbade it. But it pained her to lose the daily camaraderie with her friends, whom she considered family.

“It was so difficult to be sitting in a classroom and your peers that you love got up and they walked out and you stayed behind,” she said. “It’s like you’re looking around and you’re like, ‘What’s going on? What happened?’”

Charles said she did not experience discrimination at school or in the community.

“I couldn’t understand why they walked out,” she said. “In Uvalde, I never felt like Hispanics were treated badly” or were denied equal opportunities. “Was there racism? Maybe. I never felt it.”

Charles was one of three children of Alejandro and Teodora Charles. Her father worked as a traveling sheep-shearer and tire-tester. Her mother was a seamstress at Williamson-Dickie, an apparel maker.

She said her childhood in Uvalde, about 80 miles southwest of San Antonio, was happy and sheltered.

“It was a great life,” she said, defined by the four-block area around their house on South Park Street. “I would go to school at Robb [Elementary] and come home. … My father would come home from work, and we would walk down to the park.”

The schools were segregated. While Robb was “99 percent Hispanic,” students were not allowed to speak Spanish. Charles said her family spoke English at home, so she had no problem with the rule.

She didn’t have the chance to intermingle with Anglo students until she attended West Main School in the fifth grade.

In high school, she said, the classes were diverse, although students hung out with their own cliques. She said her own group of friends was particularly close.

“We didn’t do anything without the other ones,” she said.

She recalled a classmate who was eloping with her boyfriend on a school day. About 10 of the girl’s friends went to the school attendance officer and said they needed to leave early, without giving a reason. “All of you?” the woman asked, but then let them go.

The friends bought a small bouquet at a flower shop and went to the ceremony.

“Then we go to the Dairy Queen. Of course, we didn’t have any money. We brought three Cokes and like 10 straws,” she recalled. “That was the life we had. It was fun.”

Charles looked forward to going to school to see her friends. School took her mind off her mother’s failing health.

“My entire school life, I was dealing with the sickness, the illness, of my mother,“ Charles said. “I would go to school to get away from the problems at home.”

Olga recalls helping her father decide what to wear to the funeral. She became responsible for helping to raise her younger brother.

“It was a rough childhood at that point,” she said. “I was the cook for my brothers. I washed and cleaned.”

She said the walkout ruined her senior year and strained family relationships. A relative, one of the adult protest organizers, tried to convince her father to take his kids out of school, but her father held firm. "We’re not having that problem; we’re not getting involved," he told his daughter.

Charles said the adults who organized the walkout did a poor job.

“Had it been done correctly, it might have accomplished something,” she said. But the adults “left the students hanging.” The protest ran out when the school year ended. The seniors lost credit for the entire year, and some lost scholarship opportunities.

“I do feel that my friends who walked out lost so much,” she said.

She went on to graduate, attend junior college and enjoy a long career at Southwestern Bell Telephone Co. But she continued to miss her school friends. When time came to organize the 20th class reunion, Charles said, she and other friends decided to invite everyone, including those who had walked out. Many came, even from other states.

“We hugged, we kissed, we cried,” she said. “All those years, and all of that animosity was gone. We picked up our relationships again.

“The walkout never came up,” she said. “We never judged each other.”

While Charles said she experienced no discrimination in Uvalde, she said she did encounter it in Laredo, where she moved in 1978. Residents of the mostly Hispanic city “would laugh at me because they said I spoke Spanish with an Anglo accent,” she explained. “I felt discriminated against because I was Anglicized.”

She later moved to Austin.

“There’s nothing to be discriminated against in Austin. Austin, I loved,” she said. “You can go anywhere and never feel out of place.”

In 1999, Charles moved back to Uvalde; her father wanted to live out his life there. After he died in 2001, she stayed.

“I love being back in Uvalde,” she said. “I love being recognized” at restaurants and stores -- “You are Miss Charles, aren’t you?”

She retired from her job in 2002 and began an active life as a community volunteer. She’s involved with school programs, the preservation board and the garden club. She raised $160,000 to build a new library, serving on a committee with some of the city’s most prominent residents. Charles said she raised $2,000 each from Hispanic doctors, lawyers and other professionals.

She wishes the walkout would simply fade into history.

“Was it a learning experience for all of us? Maybe it was,” she said, “But times have changed; people have changed. If it’s going down in history, let’s put it there so people can read and hear about it. … But since that time, I think we’re in a better place.”

Ms. Charles was interviewed by Anna Casey in Uvalde, Texas, on April 9, 2016.