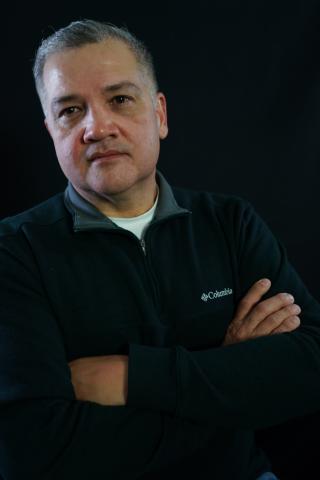 Mark Escamilla, who is the current President of Del Mar Community College grew up in Corpus Christi and attended college there himself. When he was of college age, the court case LULAC v. Richards was in progress and Escamilla was aware of the case because he knew it directly affected him. He noticed that there weren’t many options for higher education in his area at the time. In the late 80s Texas A&M-Corpus Christi, known as Corpus Christi State University at the time, was only a two year upper division college so Escamilla began his college career at Del Mar Community College. After earning sixty credit hours at Del Mar, Escamilla transferred to Corpus Christi State University where he received his bachelor’s and master’s degrees.

After spending some time in various careers, Escamilla was working as a U.S. Border Patrol Agent in Arizona. He suffered injuries in both knees and decided to go home to Texas to have them operated on. While he was recovering, he thought about what he wanted to do next. He had a light bulb moment where he decided he wanted to help people get into college. He thought back to when he worked in his dad’s muffler shop while in school. Customers would come in an ask him how to register for college. "I would light up,” Escamilla said. “I would just sit there and say, 'Well this is how you get through Del Mar, I can tell you that.'"

Escamilla found a program at the University of Texas at Austin for leadership at communities colleges. He graduated from UT, had a few jobs at different community colleges and then Del Mar asked him if he wanted to interview to be the president. Del Mar had nine different presidents in ten years. Escamilla took the position in 2008 and has been president for ten years.The South Texas Border Initiative did not provide funding for any community colleges except one. As a result Escamilla has focused on getting outside funding for Del Mar. Escamilla’s advice to future generations is to know history. “Know about this initiative that took place that strengthens the southern part of Texas,” Escamilla said. “Know how it relates to where your institution is going, if it does. And if it doesn’t, make something happen. I think that’s what I did.”