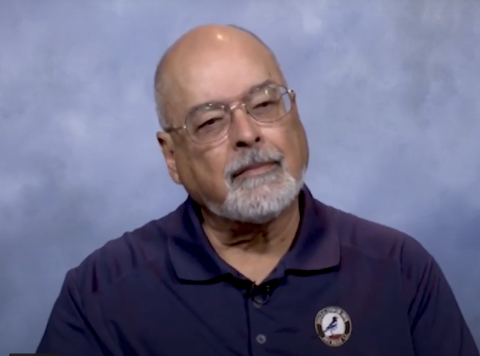 In high school in El Paso, TX, Mario Lewis was told to forget college, that he “could not compete with Anglos,” recalled Lewis, a Mexican American. But others saw promise in Lewis as he became active in the Junior League of United Latin American Citizens, which put him on a path to law school and a career of service to equal justice. Lewis was born Feb. 15, 1947, in El Paso, Texas. He graduated from the University of Texas at El Paso in 1970. Three years later, he graduated from the University of Southern California Law School. In his first weeks in Los Angeles, he witnessed the violence against the Chicano Moratorium march. “That woke me up,” Lewis said.

Lewis clerked for the Legal Aid Foundation of Long Beach and the California Rural Legal Assistance. Lewis worked for CRLA for two years after graduating from law school. He then worked for the Community Services Administration. In 1978, Lewis was called to Washington D.C., where he took a series of positions with CSA and then became general counsel at the Legal Services Corp. (an independent nonprofit helping low-income people get legal help). Lewis left in 1982 to return to private practice back in his hometown of El Paso. Back home, he worked as a volunteer with the El Paso Interreligious Sponsoring Organization, which sought to empower poor people. Finally, in 1990 he set up a partnership with José Rodriguez, now a state senator in Texas, and Carmen Rodriguez. The Lewises moved back to Washington D.C. from 2004 to 2011, where he worked with the Army Audit Agency. He retired in 2011 and moved to Austin. He and his wife, Maria Guadalupe, had two children: Diego M. and Elena Angelika Hernandez.