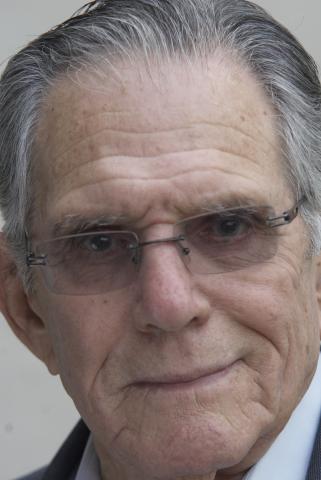 Experiences change lives forever, and for Graciano Gomez, serving during World War II was the experience he said opened his eyes and mind to a greater picture. After his service he returned with new goals and a greater determination, not only for himself but also for his culture.

Immediately after graduating from high school in 1943, Gomez -- then an 18-year-old from Redlands, in the Inland Empire region of California -- was drafted into the Army Air Forces. After months of basic training at the Amarillo Army Air Field in Texas, his group was sent to Calcutta, India, and then assigned to serve in the China/India/Burma Theater as part of the 1304th Army Air Force Base Unit.

During the war, Gomez served at the base as a mechanic and gunner. As a young adult he found the experience memorable, including the times when his area was being bombed.

“Scary, all of us were very young,” he said, “There was a mission for us, and we did what we had to do regardless, even though ours was not a battle type of a mission because we were a supportive group. Still, we felt that there was that commitment for us.”

Before joining the military, Gomez -- who grew up in the Redlands barrios -- had not realized how pervasive segregation was in 1940s society. “We were happy. We didn’t know any better.” However, while serving in World War II, he noticed the integration and the mix of cultures in the Army, which caused him to start questioning some of the ways of society.

Still, it was not until after his discharge in 1946 that he experienced firsthand how the Latino community was affected by racial and ethnic discrimination. Shortly after returning to the United States, he attempted to buy a home but was ultimately denied due to his Hispanic heritage.

“It takes an experience to get us out of our shell,” he said.

Gomez also noticed the negative portrayal of Hispanics in the newspapers, including the Los Angeles Times, and how difficult it was for certain groups to move up in society.

Taking in the reality of life during this time period, he decided to become an advocate for integration. He was a founder of the Inland Counties Hispanic Roundtable, a group of 34 Hispanic organizations in the San Bernardino region. Gomez was also founder of the Inland Empire Hispanic News, the minority newspaper with the largest circulation in the area.

The mission of Gomez’s newspaper was to represent Latinos from a positive perspective. To achieve that goal, the paper published only stories of success, encouragement and community service influenced by Hispanic culture.

Since his service, he feels he is always in a fighting mode, but now in a different way. Now he pushes others from falling into a comfort zone and works behind the scenes to encourage progress and bring other people forward.

“Since my military discharge in 1946, I recognized the value of quality preschool to college education, and the involvement of students, specifically Latino students, in the educational process; expansion of social, health, economic, veteran and employment delivery sources within the communities, specifically toward the Latino communities; motivation in the involvement in volunteerism, political and socio-economic participation and coalition building; and collaboration of community groups in mutual goals and objectives.”

Mr. Gomez was interviewed by Henry Mendoza in Riverside, California, on Jan. 1, 2011.