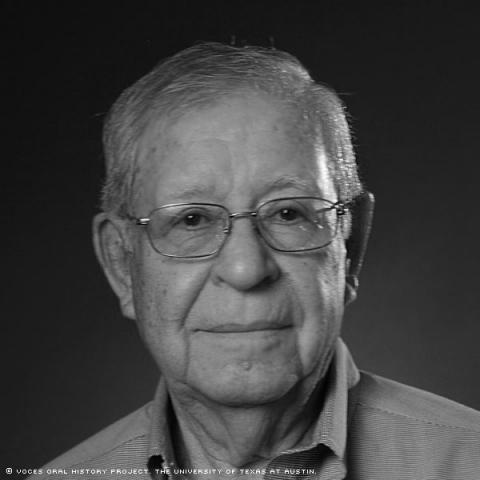 Former Frio County Justice of the Peace Francisco Robledo hadn't questioned why the social order in Pearsall, Texas, was as it was. But a meeting at his children's school snapped him out of complacency.

Two elderly teachers, beloved by both the Anglo and Mexican-American communities, suggested that they raise funds by hitting up drunks in the cantinas, the local beer joints. Robledo, a young family man who had become very close to the church, took offense. If they really wanted to reach Mexican-American men, he suggested, they should go to the church on Sunday. The others at the meeting chastised him for speaking up.

Robledo was shocked at the reaction.

"I said, 'Man, that's not right. They're always finding ways to disparage our community, and here we have 80 percent of our community applauding them for it. That's not right,'" Robledo said. "So that's when I started getting a little bit more involved."

His entry into formal politics happened while he was working at Smith Co., a farm and ranch store in Pearsall. The mayor appointed him to serve on the town's housing authority board in 1968.

"He was a farmer," Robledo said of the mayor. "And I was a farm laborer, so we had a good rapport."

At 21, he married Maria Elizondo in Pearsall's Immaculate Heart of Mary Catholic Church. The couple had three children: Susana, Alberto and Umberto. His family became active in the church, his sons serving as altar boys. In 1964, Robledo helped construct the church's present building, which cost $150,000, to replace an older one.

"We would go house to house [after Sunday services], and we had a list of families, and we would collect 25 cents from each family to pay for the church," Robledo said.

As his children got older, Robledo said he became active in their elementary school. The discrimination he felt during his own brief tenure in school never left his mind.

"[My wife and I] attended teachers' conferences, and every time they had a meeting we were there," Robledo said. "We all have the same God-given abilities to learn, but we have to be taught."

The meeting where the older teachers suggested frequenting cantinas to raise money was the catalyst for his political involvement.

"I said, 'That's not right. That's disparaging. All of the Mexican men ... don't go to the cantinas. ... I am one of them,'" Robledo said. "So I stood up and said, 'I don't want to be disrespectful, but if y'all are looking for Mexican men, why don't you go to the church after Mass Sunday mornings, and you'll find a larger congregation of men there than the cantinas you said you go to.'"

Even the Mexican Americans in the audience didn't like that. Robledo said they chastised him for being disrespectful to the teachers. He disagreed.

"I said, 'I'm not being disrespectful. They're being disrespectful to your fathers and my fathers and to me as a Mexican man...They're disrespecting you and me and what we are, and I'm not saying anything derogatory, I'm saying how it is,'" Robledo said. "'They say they have to go to the cantinas to flush out these Mexican men to get donations from them. They go there because they want to go there. That's their privilege; but if they want to see the majority of Mexican men in the community, go to Mass. Go to the church after Mass; you'll see a bunch of them walking out of church.'"

Robledo left the school with a fire in his belly.

In 1969, the Anglo community approached him, asking him to run for the town's school board, once his term on the housing authority was finished. Robledo said the Anglos chose him to counter the growing influence of the Raza Unida party, which campaigned for Mexican-American rights.

"They wanted to show that Frio County did not need that kind of a movement because they were more inclusive in their representation," Robledo said, referring to the Anglos. "Between my opponent and I, we did not poll 500 votes, but because the Anglo community was supporting me I got 10 more votes than he did."

That support did not last.

"We [he and the other Mexican-American on the school board] started questioning some of their motives and procedures and treatment of the Mexican-American population, and they said, 'Maybe he's not what we wanted,'" Robledo said. "We were making waves, and they didn't want that."

"Most of our kids were being geared toward not to academics as such, but to the mentality of the people that were in charge of educating them," Robledo said. "They were very selective. They'd say about the Mexican-American kids, 'Well, these kids are going to drop out of school. Don't waste your time with them. They're just fodder. They're not going to graduate. The girls will be pregnant by the time they're in high school, so why not put them in a home economics class, teach them how to make tortillas, whatever.'

This clash of ideologies spilled into school board meetings, which Robledo said became contentious - and lengthy.

"Our meetings would always start at 7 o'clock in the evenings," Robledo said. "We had one meeting that went from 7 o'clock to 5 o'clock the next morning. We wouldn't relent to what they wanted."

"At the time we were branded as radicals or troublemakers," Robledo said. "[The Anglo community] didn't want people -- not that we [the Mexican-American community] were in there causing problems -- rabble rousing -- We were just asking questions that they couldn't provide answers to our satisfaction. 'Why? Why? Why? Why is it that way? Why can't it be a little more equitable?' They didn't want that. As a consequence of that, I was out of the school board."

Robledo took a break from politics after that to start his own pest control business, but he remained undaunted.

His background isn't one that easily prepared him for politics. Francisco Robledo was born at Pearsall in Frio County, Texas, on July 22, 1938, to Francisco Robledo Sr. -- "I'm a junior" -- and Maria Vinton Robledo, both of Frio County. He had three brothers -- Manuel, Roberto and Alfredo -- and one sister, Minerva. He and his father worked as farm laborers, moving around to work on seasonal harvests, and he was not able to attend school often. Some of Robledo's siblings did receive formal education as the family had settled down by the time they were of school age, but Robledo said he taught himself to read, write and do math. Another reason he didn't like attending school was that his teachers discriminated against him.

"The few days I went to school, I could see they weren't concerned with teaching us anything; but they were concerned with the Anglo children," Robledo said. "The teachers devoted 90 percent of their time on them. And us, because we were already stigmatized as being nothing but common laborers in our adult lives, they'd say, 'Why waste your time?'" For five years he focused on getting his pest control business off the ground and ensuring its success. But in 1979, at the behest of some friends in local government, he was ready to run again, this time for Frio County Precinct 1 Justice of the Peace. He said the Mexican-American community was not happy with the incumbent justice of the peace.

He won the 1979 election and was also re-elected. His two terms as JP, he said, were not as contentious as his time on the school board.

"You don't have to be a rocket scientist to be a JP," Robledo said. "All you have to do is be able to read and write and interpret the law and educate yourself as much as you can."

In 1986, after his second term as JP ended, he ran for county judge but lost. Robledo said he doesn't mind the result.

"I think they did me a favor at the time because it gave me some time to concentrate on my business," Robledo said, "and I was more successful in my business than I ever would have been as a county judge."

Robledo said everything he has done, from working in fields to starting his own business to serving in his political office, has been to better the lives of his family and his community.

"You do [politics] for one reason: to better yourself [your community] and your family, first and foremost," Robledo said. "I knew what I had to do to support them was work my butt off all the time."

Mr. Robledo was interviewed by Anderson Boyd in Pearsall, Texas, on March 29, 2015.