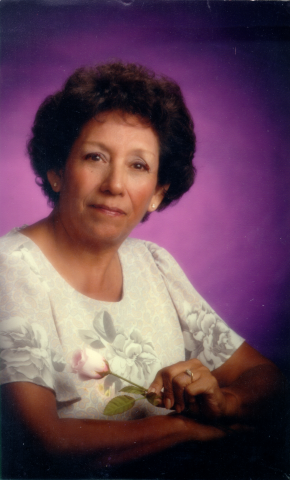 Education is said to open the door to opportunity, and Felicitas Flores, who has led an exceptional life, all the while using education as her key to success, knows this well.

A Houstonian by birth and by choice, Flores has lived, worked, raised a family and attended school in and around Houston, Texas, for almost her entire life. Born Felicitas Joyce Cerda on May 18, 1921, she’s a first-generation American born to Mexican parents. By virtue of her parents, Flores grew up speaking Spanish as well as English. She attended elementary, junior and high school in Houston, but left high school to work full time before graduating.

After entering the work force, Flores became a skilled typist, an ability she used upon enlisting in the Army at age 22. She was recruited to do clerical work in Maryland with 1,000 other American women.

Part of what is known today as the Women's Army Corps (WAC), Flores lived for seven months in barracks with the other women in Maryland. Although she was the only Latina, she said she "was quite like the other girls.”

Flores excelled in the Army and, near the end of her service, was chosen to be one of four young women to travel to Washington, D.C., to visit with congressmen. She said she vividly remembers visiting museums and sightseeing during her trip to the nation's capital, finding herself excited with the opportunity to expand her knowledge of the United States.

Her time in the Army gave her the chance to explore other cities across the nation as well. Additionally, the experience of living and interacting with her fellow WAC members afforded her an opportunity to appreciate cultural similarities and differences among them.

While in Washington, Flores was given the rank of Private First Class and later was made Corporal.

"Women's corps life was beautiful and enjoyable," she said.

During Flores' time in Maryland and Washington, D.C., she was awarded two World War II medals and was honorably discharged with "excellent character."

After her discharge, she returned to Houston and worked for five years at Woolworth's. During this time, she met her late husband, Jorge G. Flores, who was a salesman at Montgomery Wards. Flores said she knew she’d found someone special when he sang to her: "I found a million-dollar baby in a five- and 10-cent store."

Flores and Jorge had two boys and one girl, each born one year apart. Once her children reached school age, Flores volunteered and worked at the school to ensure they’d graduate, because she knew the importance of a good education. Her volunteerism with her children's schools eventually led her to administrative positions at DeZavala Elementary and Edison Junior High School in Houston.

After working with parents and schoolchildren and helping raise money for a new building to house the Head Start Program in Houston, Flores said she wanted to use her typing skills again and set out for work at a credit bureau.

She took a refresher course in typing -- the skill that had served her so well in the Army -- and secured a job with the City of Houston Credit Bureau.

For 10 years, Flores worked side by side with "... young Anglo women" at the credit bureau before eventually retiring with "... all my benefits," she said.

Entering retirement, Flores said she wanted to do something to better herself. She had the initiative to keep herself busy, so she decided to go back to school. Flores got her General Equivalency Diploma (GED) from the University of Houston and studied child psychology at Dominican College and Houston Community College. She worked at a day-care center during the day, while attending school at night for two years.

Today, she’s the proud grandmother of six children, and continues to live in Houston. She works for the Evangelical Church and helps motivate young adults to stay in school. Her testimony about her life as a first-generation American was recorded by the Evangelical Church as part of an educational mission and sent to Mexico to inspire Mexican youth and feed their dreams of a better life.

Flores said she created a better life for herself through education and to this day, enjoys speaking with young people about the importance of school. She is particularly interested in getting young people to think about the future and transform their dreams into achievable plans. She hopes to encourage children to stay in school and continue to educate themselves, because she has reaped the benefits of education throughout her life.