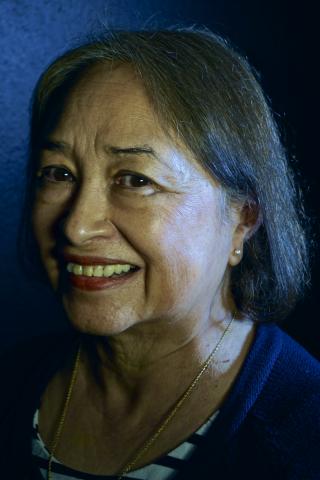 Elvia Pérez’s senior year in high school was turned upside down when she joined a student walkout to protest the firing of a popular Hispanic teacher.

Pérez, then 17, had been a top student. She had won a community citizenship award and had heard she might be chosen as valedictorian of her class of 1970 at Uvalde High School. But once she joined the walkout, she became a radical agitator in the eyes of the school board in the town about 85 miles southwest of San Antonio, Texas.

Participating would mean she could not graduate that year and that her college dreams would be delayed. But Pérez said she knew it was the right thing to do.

“I had a very keen sense of justice, and my sense of social justice prevailed and I said, 'This is something I have to support,'” Pérez said.

She still holds that view today, even though she and other students paid a price for their activism.

The trigger for the walkout, which quickly grew to 500 students and lasted six weeks, was the firing of George Garza, a teacher who served as an advocate for Spanish-speaking Hispanic parents when they had a problem with the schools. His activism did not sit well with school administrators, so his contract was not renewed.

Hispanic teachers were rare, Pérez said, and Garza was the one parents could to go for help.

“And that’s when the community rose up,” Pérez said. “Let’s walk out in support of Mr. Garza. We cannot afford to lose good people on the staff.”

For Hispanics, “it was a time when people said OK and began to take some action and do things for ourselves, and I think as a result of that the community organized the walkout.”

While Pérez said the walkout “was not as organized as it could have been,” volunteers stepped up to help. Volunteers from VISTA, an anti-poverty program, arrived to set up a temporary school for the younger children, so they would not fall behind in school. The parish priest let them use an unused church building. Local women organized makeshift cafeterias for the students, although Pérez said she does not know where the food came from.

Bishop Flores from San Antonio came and said Mass for the community. “The church was with us; it was a just cause,” Pérez said. “It reinforced our conviction."

But, she added, “One of the sad consequences is that a lot of the kids lost a year at school. They had to go back and repeat because they had missed a lot of school at the end of the year.” Some dropped out.

One episode stands out in Pérez’s memory: the time she and friend Olga Rodriquez were part of a group that went to address a school board meeting. The state had sent in the Texas Rangers, who were stationed on the roof with guns.

“It was a shocker that we were seen as radicals and agitators. I remember, gosh that’s not who I am. I was awarded the citizenship award last year. The Optimist Club recognized me as a good citizen, and all of the sudden I’m a radical and agitator,” she said.

“I remember that we were walking into that building where the little school board met and looking up the barrel of a Texas Ranger’s rifle. They were on the roof with guns pointed down at us. That was harsh. I thought, 'Gosh, this is America. We have the right as citizens to speak up and speak out.' And I just didn’t understand that. That was the one thing that I remember very, very clearly, and it was painful,” Pérez said. “We weren’t asking for anything radical. We were asking for help for the kids.”

“The bilingual program had begun in the state; that would be a good thing. More Hispanic teachers and administrators. The town was 50-50; why couldn’t the schools reflect that?”

Pérez was the first of 10 children of Manuel Pérez, a farm worker, and Sara, a homemaker. Both stressed the importance of education.

“I was very lucky in that my mother had always told us that we had to go” to college, she said. “It was not a question of if but when. They were strict but loving and unwavering in their expectations of us. We were expected to behave and to get good grades.”

Her sense of social justice and injustice was formed early on.

“I was an avid reader. I spent a lot of time in the library. I could see it in books, too; I could see it in stories, I could perceive it, the different ways people lived, so I think it motivated me to want to keep going.”

Pérez said she always wanted to become a teacher.

“Ever since I was a kid, we would go into San Antonio and I would go by Our Lady of the Lake University and I would tell my mom, “Look, Mom, that’s where I’m going to college,” Pérez said. “School was just heaven for me. I loved it.”

In high school, Pérez was in the college-track program. She was surprised that so few other Hispanic students signed up for that program.

“The competition was a lot fiercer,” she said. “I was up for the challenge.”

The walkout was a blow to her college plans. “It was a big loss for me. But my sense of social justice prevailed.”

Pérez later earned her GED and earned bachelor's and master’s degrees at Our Lady of the Lake, followed by an MBA from the University of Texas at San Antonio.

Pérez became a special education teacher in the South San Antonio Independent School District, later serving as principal at an elementary school and director of a student data project for the district.

Looking back at the walkout, she said, “I think there was a lot of good that happened. People became more politically aware. People found their voice. Despite the fact that it was difficult, it was good.”

But today, “I think that people have become complacent. They’re not as politically active as maybe they should be. I think there’s a great deal of apathy -- and not just here" in Uvalde.

“I don’t know why people don’t get out and vote, but they don’t. And it’s their privilege, and they don’t exercise it. It’s their opportunity to voice their opinion, to shape what happens in their community, and they’re disengaged. I don’t know why.”

Elvia Pérez was interviewed on April 9, 2016, in Uvalde, Texas, by Reina Olivas.