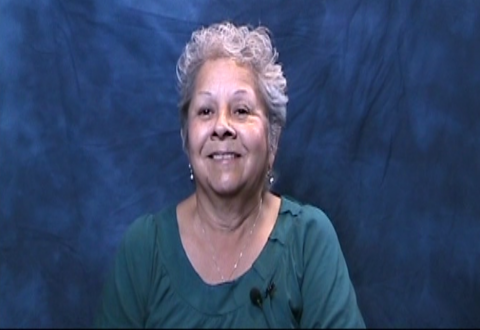 When loved ones go to war, it is not easy for those who are left behind. Religious faith helps some endure the experience.

Elva Alicia Medrano Rodriguez's brother, Camilo, served in the Vietnam War and rarely sent letters home. To cope with her brother’s absence, Rodriguez, a vocational nurse, turned to prayer and focused on her work with terminal patients.

Rodriguez was raised in San Antonio, Texas, by her mother, Hermila Moreno, a salesperson, and her father, Porfirio Medrano, who served in the U.S. Navy during World War II and the Korean War. Rodriguez was the youngest of four siblings, after Alma, Camilo and Rene. Rodriguez and her siblings grew up in a middle-class household with strong Catholic beliefs.

Sunday Mass was mandatory for the Medrano family. Rodriguez says the religious traditions and customs she learned as a child stayed with her throughout her life. "I'm not going to say I'm the best person in the world, but I do believe in a lot of the Catholic beliefs," Rodriguez said.

Rodriguez earned her nursing degree in 1966 from the Santa Rosa Vocational School of Nursing, west of downtown San Antonio. During the Vietnam War, she worked at Santa Rosa Hospital (now Christus Santa Rosa), treating terminal cancer patients and others with life-threatening diseases.

Rodriguez remembers how the hospital staff and patients enjoyed a familial and supportive atmosphere. She says when a patient died, everyone grieved. "In school you learn your nursing skills, but you really don't learn anything until you have to get out there and do it," Rodriguez said.

Rodriguez recalls being the only Mexican American working the hospital floor, along with five African-American women. She realized this when the head nurse, who was Anglo, brought it to her attention. But Rodriguez said "it never made a difference."

Rodriguez says her parents instilled in her a positive and patriotic attitude toward the United States. "We're very proud of being United States citizens, and we valued that," she said.

Rodriguez says she fully supported the war in Vietnam, mainly because her brother was overseas. "I wanted him to come back safely," she said.

She says experiencing a war from the home-front perspective was very different from today. "We read about it in the newspapers. We read our letters from our loved ones. But we never saw day-to-day combat, or live news reels, like we do now with these wars.”

Letters were the only form of communication from servicemen to their loved ones. Sometimes Rodriguez went weeks without hearing from her brother. "You never knew what news was coming," she said.

Sometimes the letters brought tragic news. "My brother had a really good friend that he was with in Vietnam,” Rodriguez said, “and one time the mortar fire started and when he turned around, his friend's brains had been blown out. We felt a lot of sorrow for him."

Camilo Medrano eventually returned to the United States after his tour of service in Vietnam.

In July 14, 1972, Elva Medrano married Joe Rodriguez, an office clerk, in San Antonio, Texas. They had three children: Melanie, Joe and Corie. The couple divorced in 2009.

Rodriguez never thought of joining the military. However, her son Joe and some of her nephews joined the U.S. Navy.

"They choose to serve, and we're proud of them," Rodriguez said.

Ms. Rodriguez was interviewed by Laura Barberena in San Antonio, Texas, on May 4, 2010.*