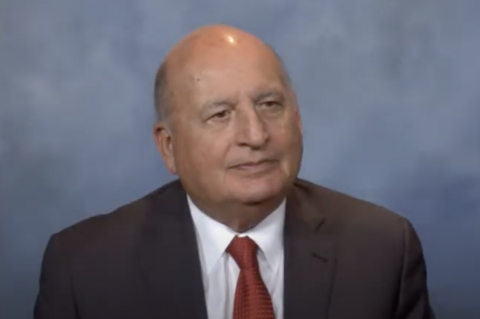 Cavazos grew up in housing projects as a young boy, he describes it as a tight knit community. Growing up in this environment allowed him to experience different people with various personalities. Cavazos then mentions his parent’s feelings on college education, this was something that was not held to a high standard in their household. Neither one his parents urged Cavazos to attend school past the 12th grade. When it came time for Cavazos to figure out his plans after high school, he looked for guidance from his school counselor. The counselor told Cavazos that he was not meant to go to school, but rather the Army. After three years of service in Germany, Cavazos came back to the states to get his degree and soon after became involved in politics.

He joined the group called LULAC, an organization that focuses on civil rights, education and voting rights. Through this organization Cavazos helped integrate schools in Corpus Christi, TX and advocated for new schools to be built for hispanic students. Eventually, Cavazos served in Texas legislation which also lead him to take part in the South Texas Border initiative. During this time, Cavazos stood alongside MALDEF to help fight for better funding for higher education programs in the south. He took part in secret meetings between several different university officials in San, Antonio, TX. Eventually Cavazos and his colleagues would win the lawsuit, LULAC v. Richards, and funding for programs in the south were promised to be fixed. He was apart of a huge movement that is now responsible for countless university programs in South Texas.