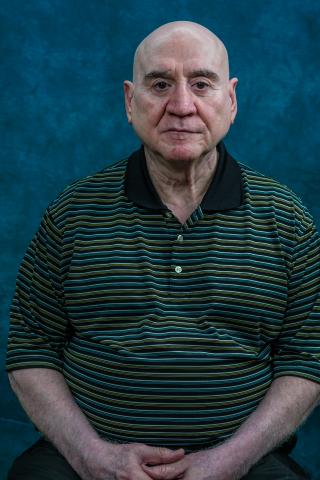 Interviewed By:
Martin do Nasciemento

Not getting an education was “not an option” for David Ayala and his three siblings.

Ayala was born March 3, 1949, in Pharr, Texas, to Marcelino and Ana Maria (Guajardo) Ayala. After he graduated from high school in 1967, he attended Pan American University in Edinburg, hitchhiking the 15 miles from home to campus. His mother always made sure he had a plastic bag with him.

“She didn’t care about me getting wet,” Ayala said, “but she wanted to make sure my books didn’t get wet if I got caught in the rain.”

Ayala left Pan American after a year and joined the Texas National Guard. After basic training at Fort Dix, New Jersey, he moved to Dallas and worked night shifts as a clerk with the Dallas Police Department.

In 1975, Ayala took a job as an agent with the U.S. Border Patrol and was stationed in McAllen. He finished his criminal justice degree at Pan American University. After that, he attended University of Houston law school and graduated in 1980, passing the bar exam the same year.

Ayala returned to the Rio Grande Valley and established a private practice from 1980 to 1983. He married Rosa Maria Gonzalez in 1981; they went on to have four children. He became a lawyer with the U.S. Immigration and Naturalization Service. Ayala also taught at the Reynaldo Garza School of Law until it was forced to close because it was unaccredited. In 1993 he was appointed as a federal immigration judge in Harlingen, an office he has held ever since.